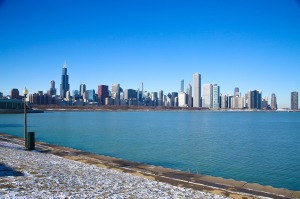 Living in Chicago was an adventure. It had amazing architecture, fabulous restaurants, cultural diversity, tons of opportunities, and snow. One particularly cold, snowy winter, just before Thanksgiving, I developed a clot in my brain that lead to a stroke which almost killed me. 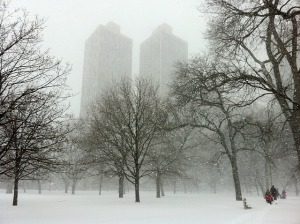 I fell into a coma and when I awoke several weeks later, everything had changed. The life I had built for myself collapsed around me. I woke up into a solitary existence of nothingness without the ability to see or to move or to hear or to touch the world I called home. It took years of painful rehabilitation to recover some of my abilities, but I was left permanently, totally blind in one eye, and in the other I had a field of vision of less than two degrees with limited acuity and focus.

During this period of rehabilitation, as I struggled to regain the abilities I had lost, I found myself sliding into a deep depression. I felt as ephemeral as a shadow wandering between the memory of a life I once knew and the present existence of a life I couldn’t touch. Everything was so hard. My hearing slowly returned and I gradually regained the use of my body. But, not my vision. I quickly discovered that, apart from my appreciation of the taste of food, there was no part of my life that was unaffected by my blindness. I couldn’t read, watch TV, go for a walk, put on makeup, pick out my clothes, cook, clean, knit, play games, or even find my own front door. I had to learn how to do everything in a very different way.

While I missed seeing my world with all my heart, the worst feeling I had to deal with was my constant state of fear. I was afraid of falling, of getting hit by a car, of getting lost, of being alone, of not finding a way to build a life where I could be happy. And I was afraid that I would never again be able to see and experience the amazing things the world had to offer. The void that was my world and my future terrified me.

The immediacy of my situation dictated my actions and choices. The first order of business was to try to go back to work, after all, I needed to make a living. Travel, I told myself, was no longer to be a part of my world. My employer rigged out my office with all kinds of technical devices, but I was so afraid to leave my apartment that it took all of my strength to muster the courage just to take a cab to the office everyday and my work suffered. Then one day, a colleague told me something that gave me hope.

My colleague, who was almost as blind as I was and partially deaf as well, came to see me. She brought with her her fabulous, black Lab, named Aussi. At one point during our meeting, I asked her if she was ever afraid. She replied that she used to be but she long ago realized that it was exhausting living under a constant cloud of fear. She was right. I had spent too much time and energy fearing what could happen. I knew I had to change. She then suggested that I get a guide dog. I told her that I was too afraid to trust my life to a dog. She then handed me Aussi’s harness and let me experience what it was like to be guided. And though I only walked around the halls at work, it was amazing. Aussi lead me skillfully up and down the halls. That same week, I applied to the guide dog school in New York, and a few short months later I met Honor, my guide, who saved  my life and gave me a new beginning. 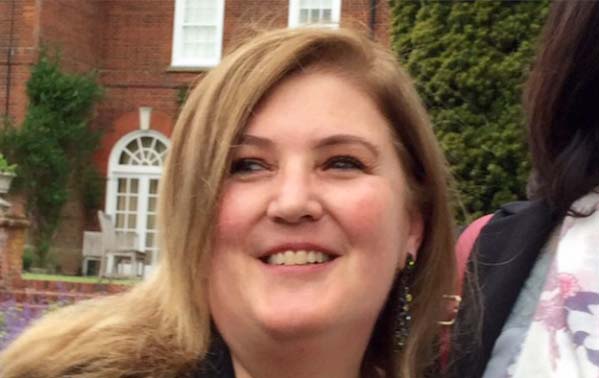