As the two-legged member of my guide dog team, I had a certain set of responsibilities that differed from those of Honor, my four-legged teammate. She had to keep an eye out for any obstacles for example walls or trees; for changes in elevation such as stairs or drop-offs; and, for moving objects like cars or bikes. This included things at my head level, low-hanging tree branches or posted signs, and items to my right and left. It was a big job for a little Labrador. I had my jobs, too.

One of my jobs was making sure that we were responsible cab-passengers. This meant that when there wasn’t enough room for her to fit on the floor of the car’s back seat area, I had to bring out the rolled up towel I always carried in my “Honor Bag,” along with her snacks, water, water bowl, one of her toys, and a roll of plastic bags. I’d spread her towel over the seat and she would hop up and curl herself on top of it. That way we’d all be happy; Honor was comfy, the cab drivers’ taxis would remain clean, and I’d get a ride. Sometimes things didn’t work out so smoothly.

On one freezing Chicago evening, Honor and I stood across the street from the Federal Courthouse trying to hail a taxi. 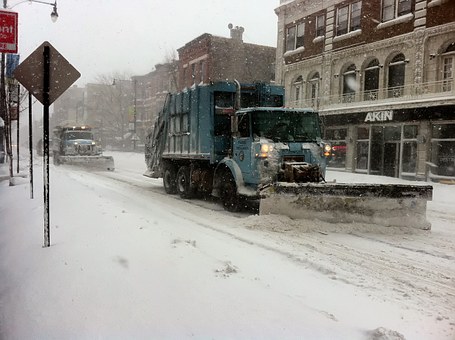 A cabbie finally stopped only to tell me that he wouldn’t pick me up because of my guide dog. To which I replied, “Why bother stopping to tell me? Had you just driven away, I’d never have known.” I guess he was battling with a crisis of conscious and decided to share his misery. He explained that his particular religion did not allow dogs in his cab.

At that moment, a friend of mine came walking towards us. My friend, a six foot four inch tall, Drug Enforcement

Agency (DEA) Agent, joined me beside the yellow car. “You alright, Julia?” he asked. I explained my situation. My DEA buddy leaned his considerable mass into the driver’s window whereupon his silver and leather badge happened to appear before the cabbie’s face. “I’m reading your taxi number and I’m gonna open the door to let my friend AND her dog into your cab. I’m gonna check with her tomorrow and make sure you take her wherever she needs to go. Got it?” The cabbie muttered something under his breath and I began laying out Honor’s towel on the back seat.

Before I could crawl in beside my Lab, I heard a friendly voice, “Hi Julia. How are you and the Agent doing this evening?”

“Good evening, your Honor,” I replied to the Judge. “Just having a little trouble getting this cabbie to pick me up because he doesn’t give rides to guide dogs.” With that, my

friend, the Judge, explained the Americans with Disabilities Act which requires cab drivers to admit service dogs into their taxis. The message landed. Off we went with a wave and a smile to my two heroes.

Honor was snug and comfy on her towel-covered seat, I was safely headed home, but my cabbie was still somewhat upset at the whole ordeal. But the story didn’t end there . . .

See my next post, “Honor of Cab Drivers, Part II.”